Point Of No Return: Why Black Holes Are The Scariest Things In The Universe

Curiosity. It is a trait that we all undoubtedly share. Way before cities were supplied with electricity, people already had the drive to discover and understand the numerous mysteries the world has in store for us. Thanks to that, we now have access to many conveniences that make day-to-day living much easier.
Besides uncovering the secrets of the Earth’s land and the seas, however, many people have also gone out of their ways to learn more about what is beyond the skies. Like this blue planet we call home, there’s still plenty of things we don’t know about the universe, despite the many achievements and advancements in both science and technology the human race has made over the years. With that said, one such subject we still don’t have a full grasp on would undoubtedly be the black hole, a celestial beast that can be found in almost every galaxy imaginable.

What Are They?
At this point, the black hole is a subject that has garnered quite a degree of interest from the public for years already. Besides science books, we’d often find numerous iterations of black holes in science-fiction stories, with the most notable example being the 2014 Christopher Nolan film, Interstellar. With that said, although the movie is still considered a piece of fiction, that doesn’t mean it lacks any element of reality. In fact, to this day, Interstellar is often acknowledged for depicting one of – if not – the most accurate black holes the sci-fi community has ever seen on the big screen!
After years of continuous research, scientists have found that black holes are born when a massive star dies. Upon its birth, black holes only do one thing: consume anything and everything its gravitational pull can reach. From stars to planets to gas and all things in between, nothing and no one is safe from a black hole’s pull – and there’s no chance of escaping once you’re already sucked in, due to its strong gravitational force.

They Come In Numbers
During our earlier years in school, we’d learn that the Earth is a planet located in the solar system. Not long after, we learn that the solar system is a part of the Milky Way galaxy; and after that, we discover that the Milky Way is just a small piece of a bigger universe. Although it’s a common thing to say, “it’s a small world, after all,” by the looks of it, the world isn’t as small as we have originally given it credit for.
Besides its strong gravitational pull, a black hole also turns into quite a light show every time it consumes a star. With that in mind, even if you don’t get sucked into its grasp, chances are, you’ll still be within range to feel its extraordinarily high degree of radiation, which is considered the brightest one in the universe. Now, the question is, how many are there in the universe? Well, knowing that they’re born from a dying star, it comes as no surprise that each galaxy has at least one black hole at its center – and the bigger the galaxy, the bigger the black hole. 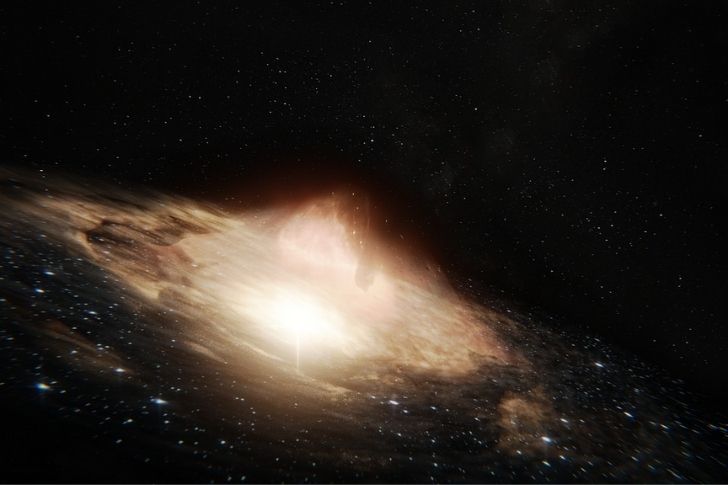 The Light At The End Of A Tunnel
With consuming being its sole purpose, it’s within the realm of possibility that after some time, nothing would be left in the universe except for these black holes. Even so, thanks to the numerous investments made in the world of technology and science, researchers have developed a new perspective regarding this scenario.
Among the many principles that both life and the world follow is equal exchange, or what we get is of equal value with what we give. One such example would be the food we eat, which, in turn, gives our body energy. Now, in terms of science, researchers believe that this notion is also applicable to black holes. After all, where do all the stars and planets it consumes go after it withers away? One notable answer to this question is a white hole, the exact opposite of a black hole. Before it disappears from existence, a black hole is believed to first turn into a white hole, which then throws out everything it consumed. In fact, the Big Bang often takes credit for showing similar behavior to a white hole! 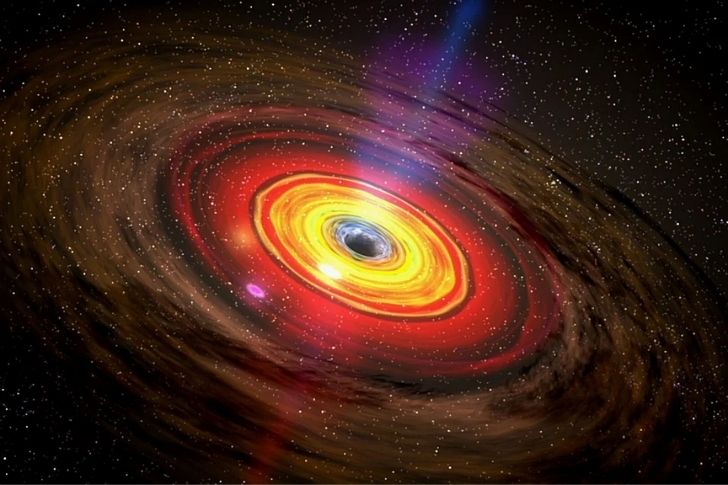 Just like the black hole, however, there’s still plenty to learn about white holes. Even so, it’s still nice to know that there’s no end to the universe, that it’ll just keep on going for as long as time still has gas in its tank to keep it moving.