That’s Going To Leave A Mark: Meteors That Left A Mark On History As We Know It

During the earlier years of civilization, most people believed that nothing awaited humanity beyond the Earth’s blue skies. Even so, it didn’t take that long for them to finally think otherwise.
Over the years, numerous changes have been made to the Earth’s ecosystem. Although it’s often caused by things such as the ever-changing climate and other natural occurrences, such as weathering, there’s still another factor that takes some credit: meteors. Hailing from the skies, numerous reports have been made revolving around these celestial bodies breaking through the Earth’s atmosphere. Along with the impact they’ve made on the environment, these meteors have also left quite a huge mark that will forever be preserved in not just the planet but in our history books as well. Now, without further ado, let’s take a look at some of these events, shall we?

Mass Extinction
Of course, if we’re going to talk about world-changing meteor-related events, it would be a disservice to ignore what has since been known as the Cretaceous-Paleogene extinction event.
Arguably one of the most recognized events that took place on this blue planet, the K-Pg happened sometime around 66 million years ago, a time when dinosaurs still roamed the land, the sky, and the sea. All that, however, disappeared from the face of the Earth in just a moment’s notice. At least 75% of the world’s species went extinct due to the K-Pg event, including some insects, lizards, mammals, and birds. Despite the heavy losses, this occurrence also marked the birth of new things. Perhaps to the meteor’s credit, its crashing on our planet provided an opportunity for the remaining species to evolve and adapt to what we know today. One such creature would be the surviving dinosaurs, though we now know them as birds. With that said, other survivors worth noting are the mammals, which have since evolved into animals such as bats, whales, horses, and primates.

Sochi Olympics 2013
At this point, we’ve all had more than a few instances where we felt that we were lucky. Perhaps everything just landed in a place in the best way possible, or maybe we even worked hard for it all to go as expected. Well, in one way or another, one such moment that undoubtedly had a high degree of luck would be during the 2013’s Sochi Olympics.
Besides the Winter Olympic Games taking place in Russia that year, another occurrence that has since garnered widespread recognition would be the meteor that crashed around the country’s Chelyabinsk region. The meteor, now named the Chelyabinsk meteor, broke into thousands of small fragments before making impact. Well, like a severe case of “at the right place at the right time,” the Chelyabinsk meteor just so happened to make its way to Earth a few weeks before the start of that year’s Winter Olympics, set in Sochi. Knowing this, the people behind the sporting competition decided to make what’s arguably one of the best investments in history. Each of the gold medals was embedded with a piece of the space rock, giving that year’s winners a chance to receive something literally out of this world. 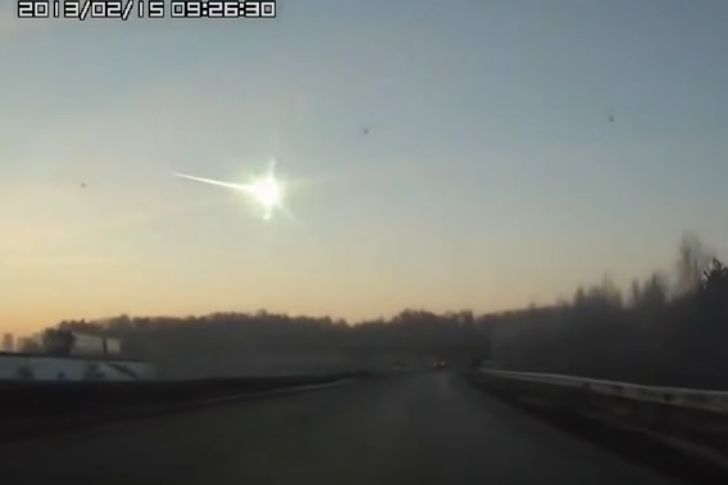 Tunguska Event
More often than not, whenever we think of meteors breaking through the Earth’s atmosphere, we usually expect them to crash and leave a crater somewhere. Although that may be the case most of the time, some of these occurrences still find a way to disappear from our sights just as quickly as they appeared. 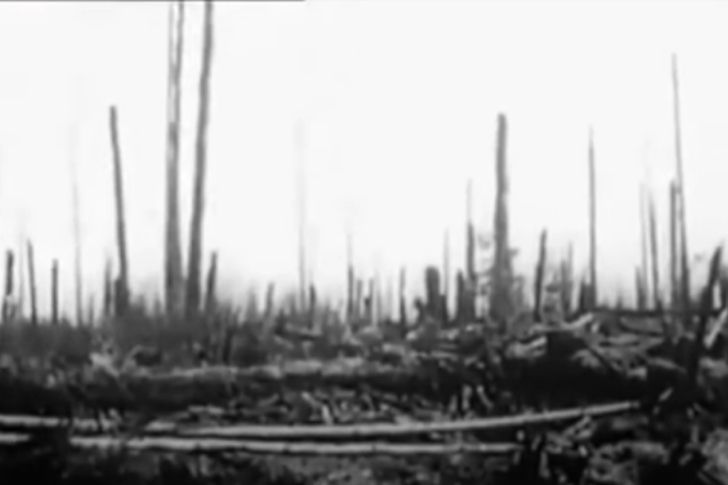 One such event that takes credit for this is one that took place near the Podkamennaya Tunguska River. On June 30, 1908, an explosion so massive happened in the area. Due to the force of this explosion, around 80 million nearby trees were flattened, though fortunately, little to no casualties were reported. Although it’s often considered one of – if not – the largest impacts on Earth, the meteor left no crater at its wake. After further studies, researchers believed that the giant rock disintegrated way before it had a chance to hit the Earth’s surface.